How Does a Crane Work? 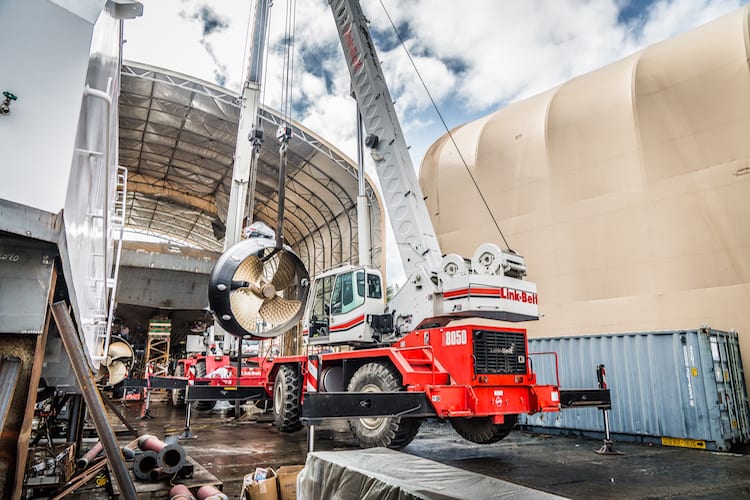 It’s really quite incredible the weights that could be lifted by just a few people with nothing more than manual strength or livestock. There’s evidence that ancient Roman cranes were able to lift up to 100 metric tons in some cases. The addition of treadwheels allowed even more weight to be lifted.

At seaports, water was used to do much of the heavy lifting as it were. These were smaller cranes able to place or retrieve cargo from boats, barges, and other vessels, using the same principles centuries earlier. By using multiple ropes and pulleys along with winches or treadwheels, more force could be applied to the weight.

But the original physics were still in place – only the power source had changed. With larger pulleys, wire ropes, and stronger mechanical force, transportable cranes can easily lift up to and over 600,000 pounds. The largest cranes can lift 44 million pounds, but these are usually stationary and found at the world’s largest ports for building the world’s largest sea-going vessels.

The Science of Cranes

Without sounding too much like a science class, in order to lift a weight, an equal amount of force needs to be applied to a rope, creating tension. That tension is equal to the weight. By adding a pulley, you can apply multiple “tensions.” When lifting a 100-pound object, one pulley will need a tension force of 100 pounds.

With two pulleys, the tension is cut in half, meaning you only need 50 pounds of force. As more pulleys are added, less force is needed, increasing mechanical advantage. Thousands of years ago, a person may be able to lift 100 pounds over and over again by hand. With a pulley, the weight could be increased to five hundred pounds with five pulleys.

Because you can’t employ hundreds of pulleys for moving heavy loads, people started increasing the amount of force that is being used. But with so much weight being lifted, you also need to make sure the crane itself is placed on stable ground.

Weight Distribution
Early cranes were usually stationary, the machinery arm using a fixed angle to lift the weight. Mobile cranes today can work from an angle of a few degrees to nearly 90 degrees. But the lower the angle, the less weight it can lift before toppling over. Gantry or tower cranes work from a fixed position so don’t use angles.

Think about it like this: If you were to lift a 10-pound weight straight over your head (90 degrees), you could hold it there for a long period of time. Now take that same weight and hold it straight out in front of you. Seems a lot heavier doesn’t it? So every crane is outfitted with lift charts, including the boom length, the lifting angle, and overall lift rating of the crane.

All cranes have counterbalances to help keep from toppling over when lifting heavy loads. In boom trucks, much of that counterbalance is the truck itself. With larger crawler cranes, extra weight can be added to the crane opposite of the crane. Like a see-saw, more weight that’s added to one side means more weight can be handled by the other side before tipping back over.

Outriggers are also used for stability, allowing cranes to be used on less than ideal surfaces at construction sites. Although many parts of the crane come together to create a safe lifting process, perhaps the most important aspect of any lift is the crane operator and the engineers who plan a lift.

Triad Machinery carries many types of construction cranes, both new and used. As the authorized Link-Belt dealer in the Pacific Northwest, we have a large inventory of all-terrain, rough terrain, crawler, hydraulic cranes, and more to choose from. We also have a well-stocked inventory of parts and experienced service and repair technicians.

With more than six locations throughout Washington and Oregon, you’re never too far from a Triad Machinery. In addition to crane sales, we also have the newest crane rental fleet in the Pacific Northwest. All rental cranes are three years or newer. Whether you’re looking to buy, trade-in, or rent, find our nearest location and give us a call. 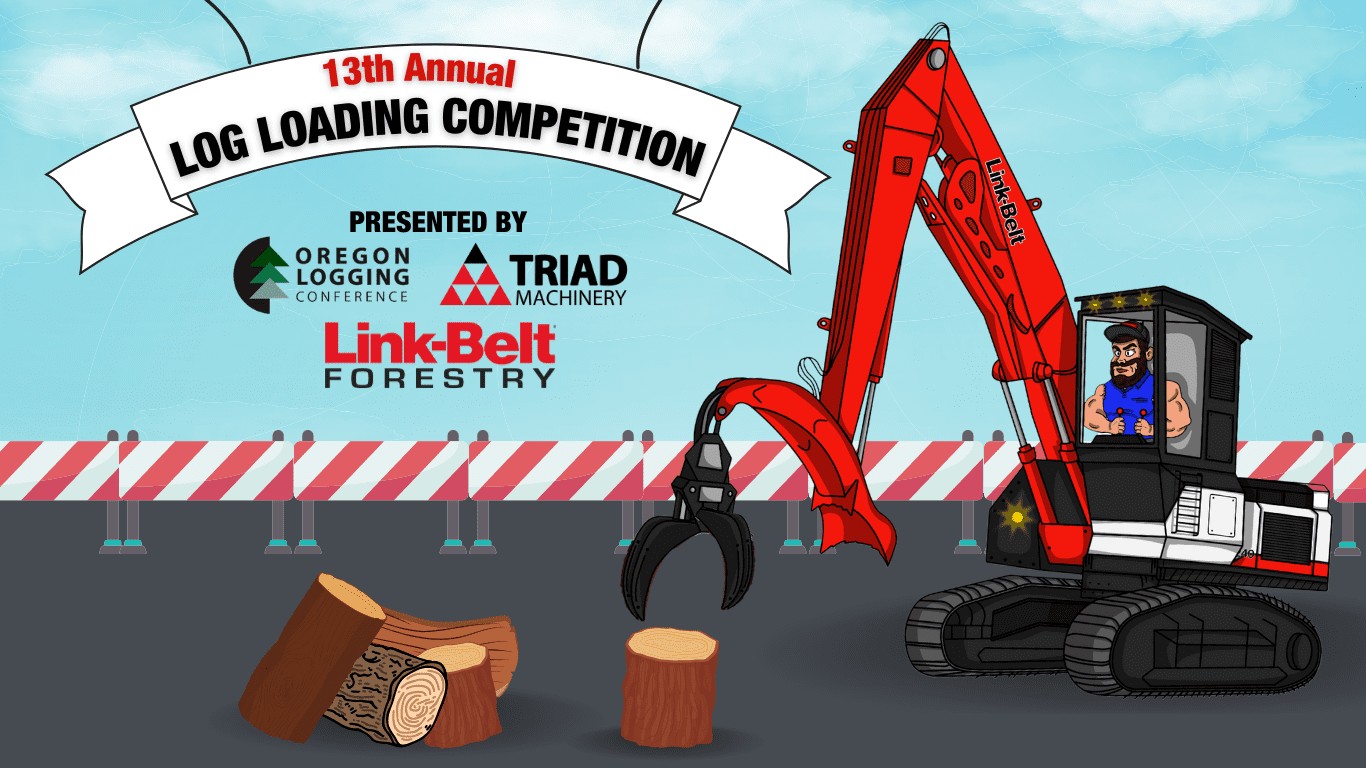 We always have a great time with the Northwest Cra

While this video is a #ThrowbackThursday from a co 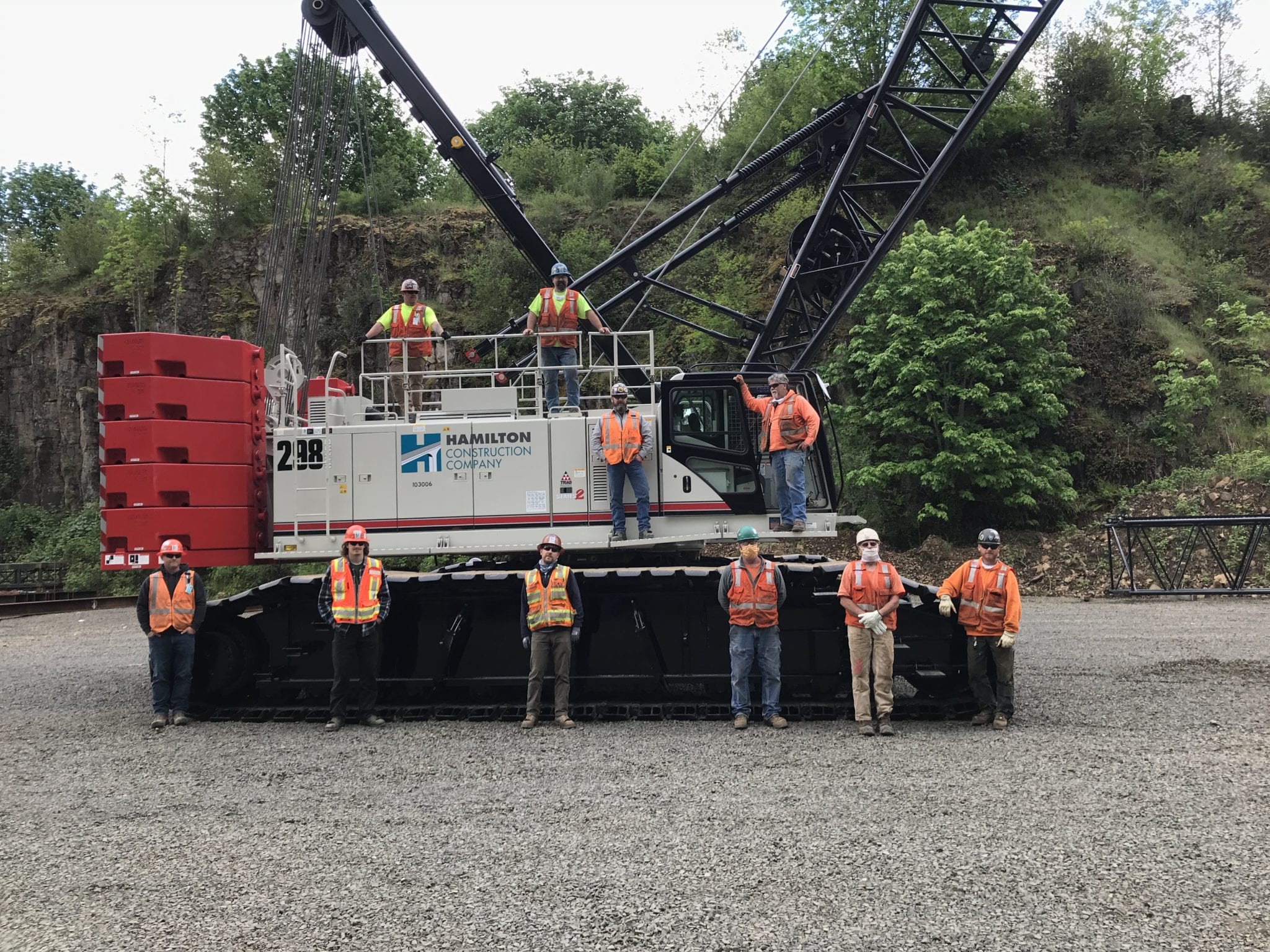